For thousands of years, humans used stories in order to explain the world around them, even those things they didn’t understand. It provided a framework with which to operate and make predictive judgments, even if it was completely inaccurate or outright false. Greek and Roman mythology attempted to explain why it rains, where mountains originated from and other aspects of the observable universe that are now, more or less, understood to not involve deities having affairs with other deities or becoming angry and reshaping the Earth in a fit of powerful rage.

Addiction is one of the parts of our world which still is largely shouldering a cultural story-based explanation, myths hinging on a narrative that people are addicts because of a moral failing on the part of the person’s parents or the individual themselves. With enough will power and a re-calibration of internalized ideals of what is important and what is not important, anyone can overcome addiction, easy as snapping your fingers and having a positive attitude. Just as the scientific method has brought us closer to understanding where mountains come from and how weather works to the point where every night a meteorologist on local television can, with a high degree of accuracy, predict what the weather will be like for the next week and even up to a months and years, addiction is understood today enough to know that morals play little to no part whatsoever.

The understanding of addiction as a moral failing of some sort lead to the spiritually focused Alcoholics Anonymous (AA) group therapies which were one of the first attempts in modern history to deal with the disease nearly a hundred years ago. The methodology of AA centers around replacing the addiction with God (usually referred to as a ‘higher power’) in attempt to refocus a person’s moral compass, but over the years has shown to be far less effective than modern holistic addiction treatments in New Jersey that mix psychological behavioral therapies and with Medication Assisted Treatments (MAT) along with group and physical therapies.

Further developments in neurobiology and neuroscience have identified dopamine, a neurochemical (also referred to as a neurotransmitter), as a strong component that affects addictive behaviors regarding everything from alcohol and cocaine to social-media and gambling.

“Beginning in the 1980’s, we started doing brain imaging, and we developed cues that were associated with drug use,” says Charles O’Brien, a professor of psychiatry at the University of Pennsylvania, who has been studying addiction since the 1960’s when drug addiction was treated as evidence of a person being a psychopath by the community. The brain imaging revealed that simply being shown objects or images of drug paraphernalia cause reactions in the brain as if the person had already used the drug. 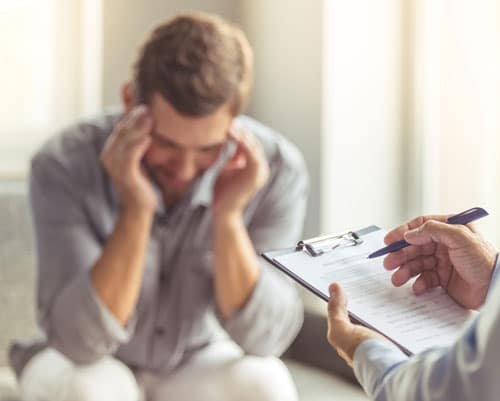 Since then, the research has advanced far enough to identify at least one major component in the addiction illness, the aforementioned dopamine, which is also connected with other severe illnesses such as Parkinson’s disease. Unfortunately, the stigma of ‘moral failings’ continues to permeate throughout the public consciousness, giving addicts a false sense of empowerment of willing away their disease or makes them reluctant to get professional treatment in an NJ detox center. Considering the biological nature of addiction, medical science shows this can be just as far fetched approach as trying to will away cancer or think ‘positive thoughts’ to heal a broken leg. Addiction doesn’t work like that and never has despite our stories and beliefs.

If you or someone you know is suffering from addiction, a call to one of the top rate drug rehab centers in New Jersey can be the first step toward recovery. Call Discovery Institute at 844-478-6563.

PreviousPrevious post:Warning Signs That Your Loved One Is Addicted To Alcohol
NextNext post:The Scope of Addictions