Ecstasy and Despair, Two Sides of One Coin

Ecstasy and Molly are the most commonly used street names out there for the intoxicating substance MDMA. Ecstasy is a synthetic psychoactive drug that makes the user feel both the types of energy one feels with a stimulant drug and also the hallucinations of psychedelic substances. Because of this the drug has been known as a club drug or a rave drug. It can create altered states of mind that lend themselves well to enjoying long dance parties or any kind of highly sensory focused activity.

Ecstasy users experience distorted timelines. Someone on ecstacy. can spend hours dancing and not even realize much time has passed. Their time gets distorted and so do their perceptions. They experience a heightened enjoyment of tactile sensations as well, fully taking in each sensory stimulus. Because of these associations, ecstasy is sometimes viewed as an innocent drug, but taking ecstacy is riskier than a person may think. The after affects of taking E are severe and can land people feeling so depressed that they find themselves feeling suicidal where the day before they thought they would never be so happy. Deep despair can set in and take days to bounce back.

The Effects of Ecstasy 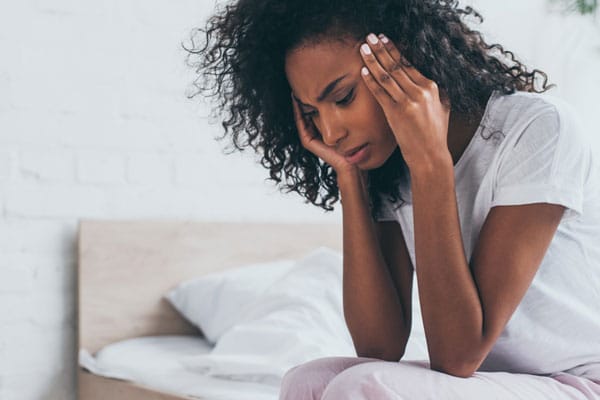 Ecstasy doesn’t have much of a reputation for it being highly addictive. In fact it gets passed around at parties and people take it without much thought. But what those party goers need to know is that ecstasy users match up with traditional markers for addictive traits pretty solidly, including when they experience withdrawal symptoms if they stop taking ecstacy suddenly including

Chronic ecstasy users perform below average on cognitive and memory tests, studies show. There is evidence that ecstasy may cause deterioration of neurological processes.  A common result of perpetual ecstasy use is when the person using the drug has an inability to regulate body temperature so much so that they actually engage with a possible risk of heat stroke and in extreme cases actual damage to internal organs from hyperthermia. Another side effect is clenched muscles, particularly in the neck and jaw, which can often resulting in teeth grinding and a terrible headache.

One of the most dangerous aspects of taking Ecstasy is the fact that it can often be unrecognizable. There are so many different pills on the street market that it is often hard to know if you are indeed getting Ecstasy or MDMA. Some types of the pills being sold as ecstacy are related to the drug but chemically divergent drugs like PMA and MDA that carry a more substantial health risk. Sometimes these other pills that are sold as MDMA are cut with entirely different substances like ephedrine, ketamine, or methamphetamine, all of which each carry their own risks. This unknown factor creates a far greater risks as a result of interactions and complications between the drugs that may be represented and whatever the user may also consume with the ecstacy. Sometimes a drug sold as ecstasy doesn’t contain any MDMA at all.

If you find that you don’t feel quite right when you don’t use ecstasy you may be on your way to, or already experiencing a chemical dependence on the drug. If you need help Discovery Institute, one of the top drug rehab centers in NJ, can offer you a personalized treatment plan that is focused on your specific needs. Call us today to get the help you need.

PreviousPrevious post:Signs and Symptoms That Someone is Using Methamphetamines
NextNext post:Meth, Not Just The Stuff of Stories