Stimulants are among the most often misused drugs, but what exactly are they? Are they prescriptions, or illicit substances? The answer is quite simple – they’re both. A stimulant is considered to be a substance that acts upon the central nervous system to amplify one’s cognitive function. These could be classified as a prescription or an illicit substance.

How Do Stimulants Work?

The function of a stimulant is to increase or amplify one’s cognitive brain function. This happens by increasing dopamine and norepinephrine in the brain; when this happens, concentration increases, and fatigue, which is often very distracting, decreases. This often happens in those who suffer from ADHD or any other attention disorder. While in some cases stimulants may prove themselves beneficial, it is worth mentioning that they can cause both negative side-effects and addiction.

Some of the most commonly misused prescription and non-prescription stimulants include the following: 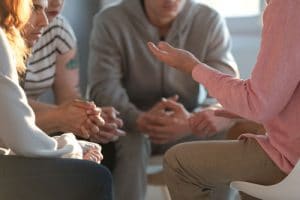 When it comes to the use of prescription stimulants, the most common ones include amphetamines, methylphenidates, and dextroamphetamine. These stimulants in particular are often used to treat attention deficit hyperactivity disorder (ADHD). Other uses include narcolepsy and obesity.

The purpose of prescription stimulants is to amplify one’s attention span, focus, and energy. Oftentimes, disorders such as ADHD will impact someone’s motivation to do anything that exerts energy; it also increases the likelihood of forgetfulness and misplacing items.

When people misuse prescription stimulants, the effects can often prove detrimental; whether they be an amphetamine-like Adderall or methylphenidate like Ritalin, the side-effects are the same across the board. The prescriptions individuals receive for these amphetamines and methylphenidates depend on a variety of factors such as potency and duration.

Adderall is perhaps the most widely used amphetamine for ADHD treatment. It’s the most commonly prescribed amphetamine in the United States. Not only that, but it’s also one of the widest misused amphetamines when it comes to a substance use disorder. When it is used, the function of Adderall is to send dopamine to the brain so that euphoria, attentiveness, and energy ensue.

As new stimulants are introduced, dopamine levels increase, which in time could increase tolerance. When it comes to prescriptions, doctors are careful not to prescribe too high a dosage. Instead, they’ll usually start low and then increase as they see fit, as this is how most prescriptions work.

Dexedrine, like Adderall, is an amphetamine. A central nervous system stimulant, this drug is also called Dextroamphetamine. Also, like Adderall, Dexedrine is mostly used to treat ADHD. Since the late 1970s, this drug has been available to treat attention disorders; it was introduced to the US military initially as a pill that would relieve fatigue on missions that were known to exhaust these individuals.

Concerta, like those previously mentioned, is used to treat attention disorders. This drug in particular is a stimulant that amplifies attentiveness and scales down impulsive and hyperactive behavior. Concerta was approved in 2000 to treat ADHD, so it’s safe to say that this one is relatively new. This is more so a different version of Ritalin than anything else.

Desoxyn is a Methamphetamine. This drug is used as a prescription drug to treat ADHD, although its origins trace back to treating obesity in 1947.

Ephedrine has similar effects to other stimulants, but unlike most of them, it is used to suppress one’s appetite. This medicine helps to prevent low blood pressure and obesity; it is also used to treat individuals with asthma because it acts as a bronchodilator. Typically, those who are prescribed with Ephedrine are suffering from shortness of breath, chest tightness, and wheezing – all symptoms of bronchial asthma. This stimulant is typically over-the-counter and is also used as an ingredient in secret meth labs.

Prescription stimulants are often used to distribute their effects over an extended period – a slow burn of sorts. Meanwhile, illicit stimulants produce a more intense high that doesn’t last a very long time.

The Impact of Stimulant Misuse

The impact of illicit stimulants is both incredible and potentially dangerous. The effects of stimulants include the following:

Under the Controlled Substances Act, prescription stimulants are considered a Schedule II drug. This is due in large part to the fact that there is an extreme likelihood that those who are prescribed these stimulants may be at risk for dependence or addiction. There are 900,000 people monthly in the United States who misuse prescription stimulants.

How Do Stimulants Affect the Brain? 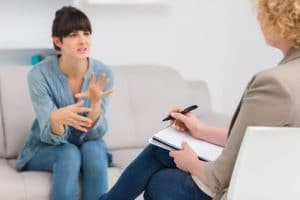 Dopamine is the chemical in the brain that helps individuals feel pleasure, and stimulants are responsible for providing a vast amount of it. Once someone starts to misuse stimulants, much like other forms of drug misuse, an individual’s pleasure center will be compromised and suddenly, things that used to bring them gratification so easily, won’t come so effortlessly anymore. This is because the brain will have adjusted to receiving incredible amounts of dopamine from illicit stimulants.

When someone tries to stop taking this medicine cold turkey, it is more than likely that they will experience withdrawal. Withdrawal is when the body has developed a physical dependence on a particular substance. When this happens, individuals need to keep taking more of a substance more frequently to feel normal. When this happens over a long period, addiction ensues.

For Those Suffering From an Addiction

For those who suffer from addiction, it can seem as though there is no way out. Unfortunately, substance use disorder is a harsh reality to face. However, just because things are bad, doesn’t mean freedom is impossible. There are treatment options available to help those who suffer from stimulant addictions, but not all people are made the same. In other words, there is no one-size-fits-all solution for addiction treatment.

Outpatient treatment is a program that allows individuals to reside in the comfort of their own homes while attending treatment throughout the week. For those who participate in this form of care, anywhere between 10-12 hours of access to professional therapists and psychiatrists are granted weekly.

Withdrawal, in any form, is one of the worst things someone can experience, and it doesn’t make treatment any easier. Some symptoms of withdrawal include the following:

Withdrawal is perhaps the most difficult part of addiction treatment, but that doesn’t mean that it is impossible to overcome. Withdrawal is most definitely capable of overcoming with medically assisted treatment (MAT). MAT is a method of care in which those who participate are given medication to help curb the symptoms of withdrawal. This helps those who are being treated lessen the likelihood of relapse.

At Discovery, we believe in treating people with the utmost individualized care. There is no one-size-fits-all solution to addiction treatment, and we put this into practice at Discovery Institute. Every person who walks through our doors is a uniquely crafted individual, and their treatment should reflect their individuality. If you or a loved one are suffering from addiction and would like to find out more, you can contact us here.