Klonopin is the commercial name of the medication known as Clonazepam, which is used in the treatment of panic disorders, anxiety, akathisia, and seizures. It is an orally-administered tranquilizer under the benzodiazepine, or benzo class. This tranquilizer usually takes effect within an hour of being taken, and the effects will last between six to twelve hours. As a type of benzo, and because of the nature of its action on the central nervous system, the possibility of developing Klonopin addiction is quite high.

Used as an anti-seizure medication, Klonopin can be used to treat at least three different types of seizures, including:

An atonic seizure happens then there is a sudden loss of muscle strength or tone, often causing the person to fall down. As such, it is alternatively called akinetic seizure, drop seizure, or drop attacks.

The person who experiences this type of seizure will typically remain conscious even when muscle tone or strength is lost followed by an inability to remain standing. A sufficiently strong resulting impact to the head from such a fall, however, could render the person unconscious. While this type of seizure commonly affects children, it could potentially also affect people of any age.

Unlike people who get electrocuted, however, people who experience myoclonic seizures do not continuously jerk and spasm, and instead manifest it in bouts or disconnected sequences. The seizure episodes could last for only a few seconds, but many experience a series of episodes, sometimes even closer to each other in sequence.

Absence seizures are characterized by blanking out or staring into space for more than a few seconds. This type of seizure is not believed to cause any long-term issues, as children between the ages of 4 to 14 may experience more than a few instances of it in a day, with some known to have as many as 100 episodes of it, going completely unnoticed as there is no loss of consciousness or violent spasms that go with it.

Unlike the other types of seizure, people who experience absence seizures still live full and active lives with the exception of the episodes of it. It must be noted, however, that absence seizures are still classified as a type of epilepsy, and other forms of epilepsy could be quite debilitating.

Used as a treatment for panic disorder, Klonopin slows down the central nervous system, and this action decreases the tendency of people to become highly nervous and agitated. People who suffer from a panic disorder experience bouts or even prolonged instances of heightened nervousness and agitation and have difficulty in trying to calm down from such instances.

Klonopin is one of the more popular anti-anxiety medications in this case because it takes effect quite quickly once administered.

How Addictive is Klonopin and What are the Side Effects?

As this benzodiazepine-class medication is widely known as a reliable anti-seizure and anti-anxiety medication, for those wondering is Klonopin addictive in the way that other benzos are? The answer is yes, as practically all types of benzos have the same potential to be an addictive substance.

Klonopin is known to actually induce addiction in people who have been taking it even for only a few weeks, and even while taking it only in the dosage prescribed by their physician. Benzodiazepine-class substances block the natural receptors of the brain that are associated with stress and anxiety, and this causes the person to feel extremely calm and relaxed soon after taking it. The immediate action of Klonopin, combined with how it makes a person feel, makes dependency on this substance a high possibility. 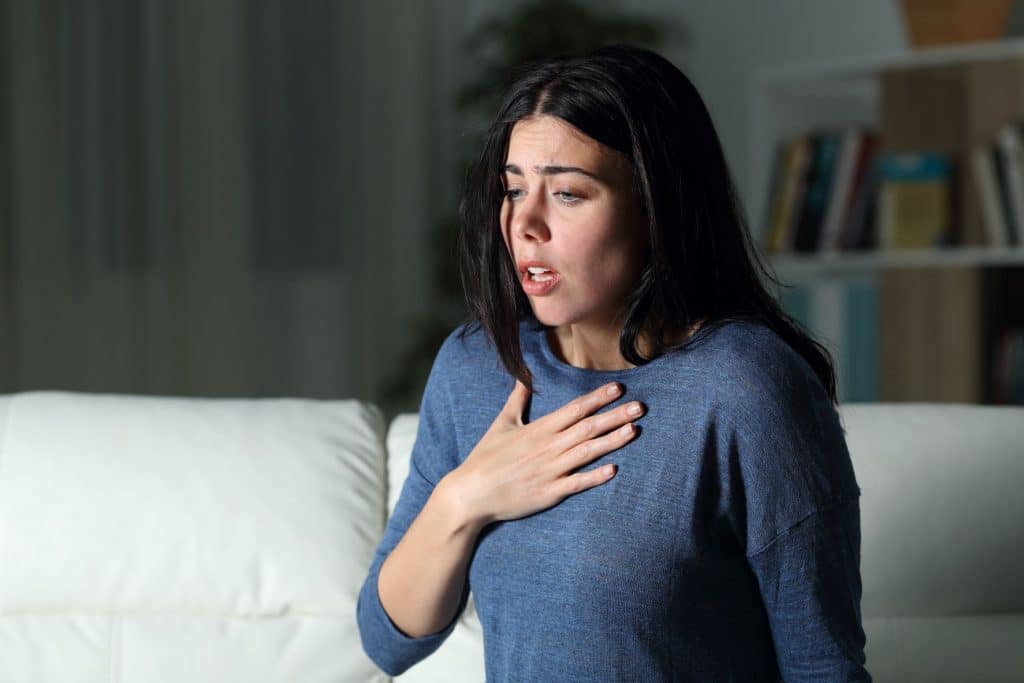 What are the Side Effects of Klonopin?

Klonopin is intended to reduce specific brain activities that are associated with seizures or with feelings related to anxiety disorders. As both of these concerns come with a measure of increased activity, the effects of Klonopin bring about the opposite, and cause sedation and feeling or elation and euphoria.

The feelings of calmness and euphoria, however, also come with varied side effects, as the medication itself affects the nervous system, and as such, affects the whole body as well.

Relaxation and Reduction of Worries

The general effect of benzodiazepine-class medications on the central nervous system is that of slowing it down, as this is the most effective way to lower the tension and apprehension caused by anxiety. This is why people who take benzos feel an immense sense of calm and sedation.

As the brain activity is forcefully made slower by Klonopin, so does movement and understanding. In many cases, people experience some slight difficulty in concentrating, and this also translates into slowed response time and comprehension.

Different people tend to equate pleasurable feelings with different things. In the case of Klonopin, however, being relieved of anxiety, tension, and worries could be the best feeling in the world, and combined with chemically-induced euphoria, this could be immensely pleasurable for anyone. The immense relaxation that Klonopin gives, however, could also leave a person constantly drowsy.

Using Klonopin, or any kind of benzo, for an extended time is sure to create long-lasting issues with how people think, feel, and do things. The central nervous system was never intended to be slowed artificially, and doing so for a long time will definitely have serious consequences.

These are some of the effects of long-term Klonopin use: 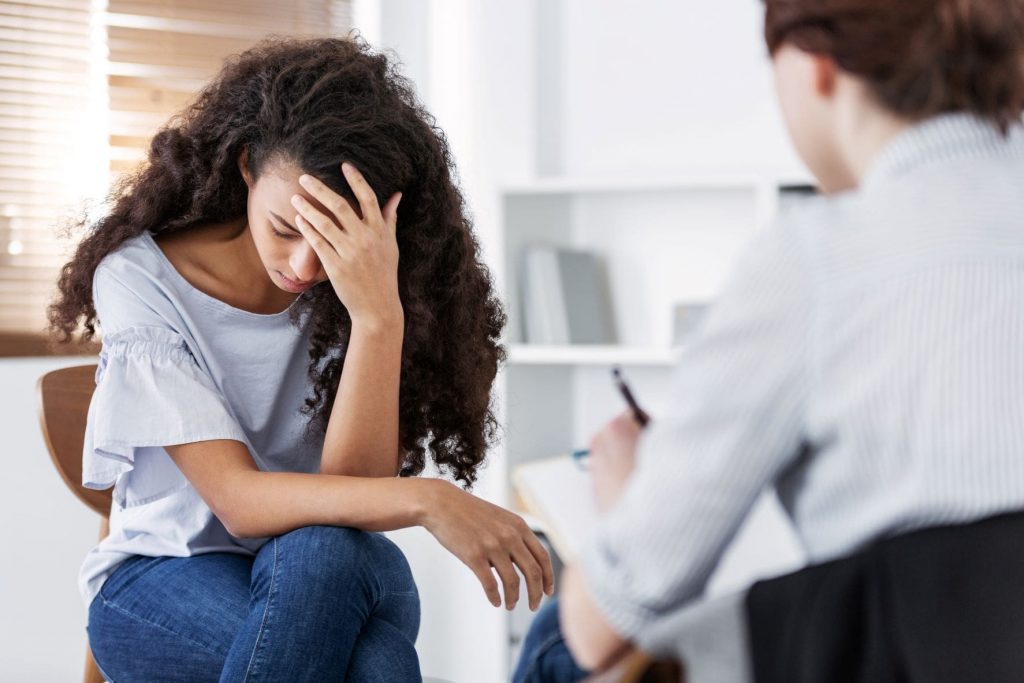 How is Klonopin Addiction Treated?

Any person with a severe dependency of any benzodiazepine-class medication needs to undergo a thorough assessment of the damage already incurred through the addiction, and also the type of therapy that would be best for the person.

Following detoxification and withdrawal management, a therapist may suggest the use of treatment programs that involve psychotherapy as an approach, as there are many psychological effects that need to be addressed when someone is hooked on substances that target the central nervous system

After being hooked on a substance that drastically alters how a person’s brain works, there is definitely a need to address the skewed perceptions developed during the time the person was taking the substance. This includes the thinking that the only thing that could help them with anything is the substance that they are addicted to. Other harmful thought patterns also need to be addressed, so that the person recognizes their way of thinking is directly related to why they were addicted in the first place.

As Klonopin is a medication also used to treat anxiety disorders, there is a need to evaluate how a person reacts to certain stimuli, such as anxiety, and if this reaction is tied in with substance abuse, then there is a need to develop a reaction that does not involve using drugs. Dialectical behavior treatment helps people develop better coping mechanisms so that they bahev better ways of dealing with issues such as anxiety and stress, that don’t include taking substances.

Klonopin addiction is immensely difficult to get over, requiring expert care, professional therapy, and a deep insight of the human element that suffers from it.

Having helped people with their substance abuse issues for a very long time gives a deeper and more meaningful perspective as to why people do it. We here at The Discovery Institute understand this better than anyone else, because we’ve been doing it longer than anyone else.

Let us help you now.

Withdrawal doesn't have to be uncomfortable.

After detox, we offer a wide variety of treatment programs.