The 4th Step: The Key to Recovery

For many people, recovery is a complex process, often involving different phases, much like a 12-step program. Each phase or step of the program is important, as it presents an integral portion geared toward maintaining lasting sobriety.

The 4th step in the program is particularly important, as it espouses a deep introspection meant to examine the self, from which a lot of insights could be gleaned, including why and how someone became addicted to alcohol, and how to best treat it.

At Discovery Institute in Marlboro, New Jersey, we help individuals suffering from various types of substance abuse receive the necessary treatment, to break the cycle of addiction to live the life they deserve. 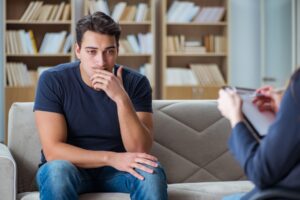 Step number 4 in the AA 12-Step Program is also known as the 4th step inventory, as it is all about self-examination and reflection. This step encourages a person to take a good hard look at a person’s character defects and negative behavioral traits and see if these have led to any kind of pain or suffering.

This step presents a significant amount of discomfort for anyone who goes through it, mainly because no one is comfortable with confronting the possibility that they are responsible for profoundly bad things that happened in their life.

The 4th step is crucial because it is an exercise in getting out of the cycle of denial that anyone with an alcohol abuse disorder is known to be completely tied up in. This part of the program is all about honesty and responsibility, which will ultimately help the person achieve greater insight into themselves, and this is a necessary component of recovery.

What is the Purpose of the 4th Step?

Those asking how to do a 4th step of the program will need to understand that a large portion of the process is honesty. There is a huge need to honestly examine the self, past actions, and misguided decisions that led to substance abuse.

In taking an honest stance about it, the person seeking to do the 4th step will then take on a more responsible role in the recovery process, and this strengthens a person’s determination to stay on the path of sobriety.

What is the “Fearless Moral Inventory” of Step 4?

The “fearless moral inventory” is the part of the 4th step where a person confronts the inner aspects that prevent them from taking responsibility for their actions that led to developing an alcohol use disorder (AUD).

This entails making a list of every action or thought that they believe was hurtful to others and also hurtful to themselves. It is termed fearless because it takes a lot of courage to honestly list down the relevant items in this inventory, but it should be noted that once completed, everyone who has ever done it says it is the most redeeming thing that they have ever done in their life.

Creating this list is part of being responsible for things done in the past, and also for continuing on the right path moving forward. It should be noted that this list is all about being honest, and there should be no self-justification involved in it, as justifying actions that led to being dependent on alcohol is only escapism and has nothing to do with being responsible.

Some people tend to focus on the following points when considering their moral inventory:

All of these factors are associated with intense and intimate emotions. While these factors are indeed strong, they could also be unconscious influencers that affect many aspects of the person’s life, such as deciding to binge on alcohol. This means a person will not consciously think of these things when they take to the drink. The inventory will manifest these aspects as a reality and as influencers on a person’s thoughts and actions.

What Comprises the “Moral” Part in the Inventory? 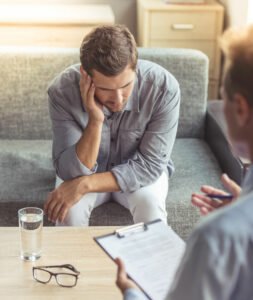 There is a need to clarify the concept of morality in the entire “fearless moral inventory” premise. The morality being stated here has nothing to do with religious beliefs, cultural practices, or even political correctness. It is far more simple than any of these premises.

The entire concept of morality in the practice is made very simple because the simpler the issue is, the easier it is to achieve any form of self-realization needed for it. Self-realization is needed because this is usually the first step in the person taking responsibility for everything that led to the alcoholic habit and everything else that followed thereafter.

How is Step 4 Completed?

Getting over any kind of heavy dependency is already complicated enough, which is why the 12-step program is made simple enough to understand and complete. The needed things to complete the 4th step are just as simple, although there is a need here to state that being simple does not equate to being easy. Learning to get over the personal barriers that prevent the completion of the 4th step could be daunting, which is why full commitment is necessary.

People tend to engage in a good amount of justification when they feel that they are being held against a standard and they have fallen short of it. This is even more prominent in people who have a substance abuse issue, such as those who have a heavy alcohol dependency.

In many instances, the person will lay the blame squarely on others or circumstances and will refuse to see the fact that they are completely complicit in getting hooked on the drink. This is why there is a need to engage in unflinching honesty in this exercise. Honesty will help people see through the excuses, the denials, and everything else that has prevented them from moving forward toward getting better.

Trust is another thing people with a substance abuse issue might not have a lot of. This is why so many people who need help don’t reach out to others for it. Trust is needed for any part of the 12-step program to work.

Commit to the Program Completely

Full commitment means giving everything to whatever the endeavor is, regardless of the challenges that come up while doing it. Full commitment is needed for the 12-step program to work because there will be many instances where doubt and exhaustion could wear down a person and make quitting seem rather attractive.

It should be noted that in most cases, engaging in any kind of substance abuse, such as that alcohol, involves making a choice and sticking to it. The same can be said about staying with the program. It is a choice, and for someone with an alcohol abuse disorder, it is the best choice that the person could make.

We don’t always know what is wrong with us, at least, not in the way that we could do something about and fix things. In instances that we do, we might not have the tools, knowledge, or strength needed to do what needs to be done.

We here at the Discovery Institute have helped many people see what might have always been in front of them, but they were just too distracted to see it. Contact us today to get started on the journey to recovery.