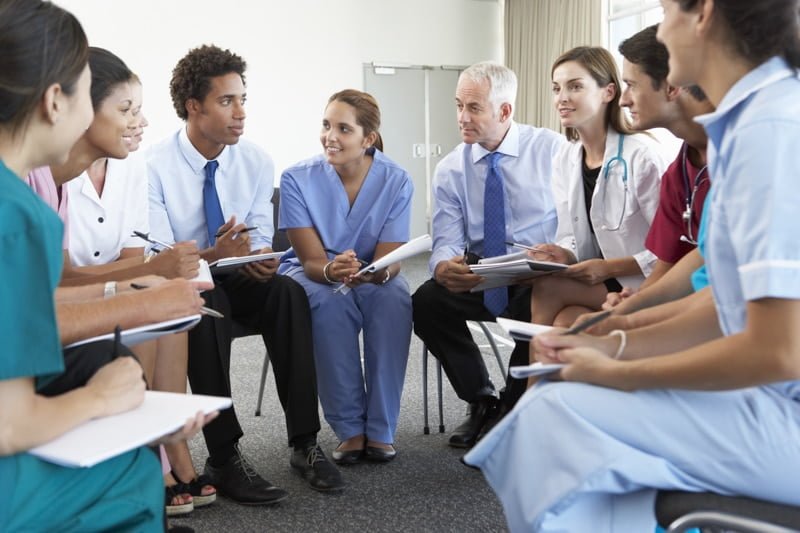 Discovery Institute is proud to announce that it will be recognized in Newsweek’s list of “America’s Best Addiction Treatment Centers 2021.”

The list will be published on Newsweek.com on Aug. 18, and it will also be featured in that week’s print edition of the magazine. It showcases the top 300 inpatient and long-term treatment centers in the U.S. based on reputation, accreditation, and quality of service relative to in-state competition.

To promote this achievement, Newsweek is providing Discovery Institute with a licensing package that includes a special award logo. Our facility will be able to use this in digital and print marketing initiatives to highlight our success.

To rank the best addiction treatment facilities in the country, Newsweek partners with Statista Inc., a global consumer data and market research firm. The list is based on a survey of doctors, administrators, and health care professionals in 25 states with the highest number of addiction treatment centers (according to the Substance Abuse and Mental Health Services Administration).

The ranking process was created through deliberate attention. The scoring model is a combination of recommendations, quality score, or accreditation. The ranking system is determined by treatment facilities that qualify within these guidelines.

Thousands of medical specialists have carefully reviewed the guidelines through an online peer-to-peer survey. To eliminate biases, quality checks were used to avoid self-recommendations or recommendations for treatment centers where individuals worked.

The participants were asked to name their top 10 treatment centers in their state. Their recommendations were based on:

Recommendations would receive different weights, depending on the order they were scored. The participants were asked to distinguish the factors that influenced the quality of care one would expect. More than 20 million Americans struggle with substance use disorder, and Discovery has been committed to providing the best treatment in the tri-state area for 50 years. 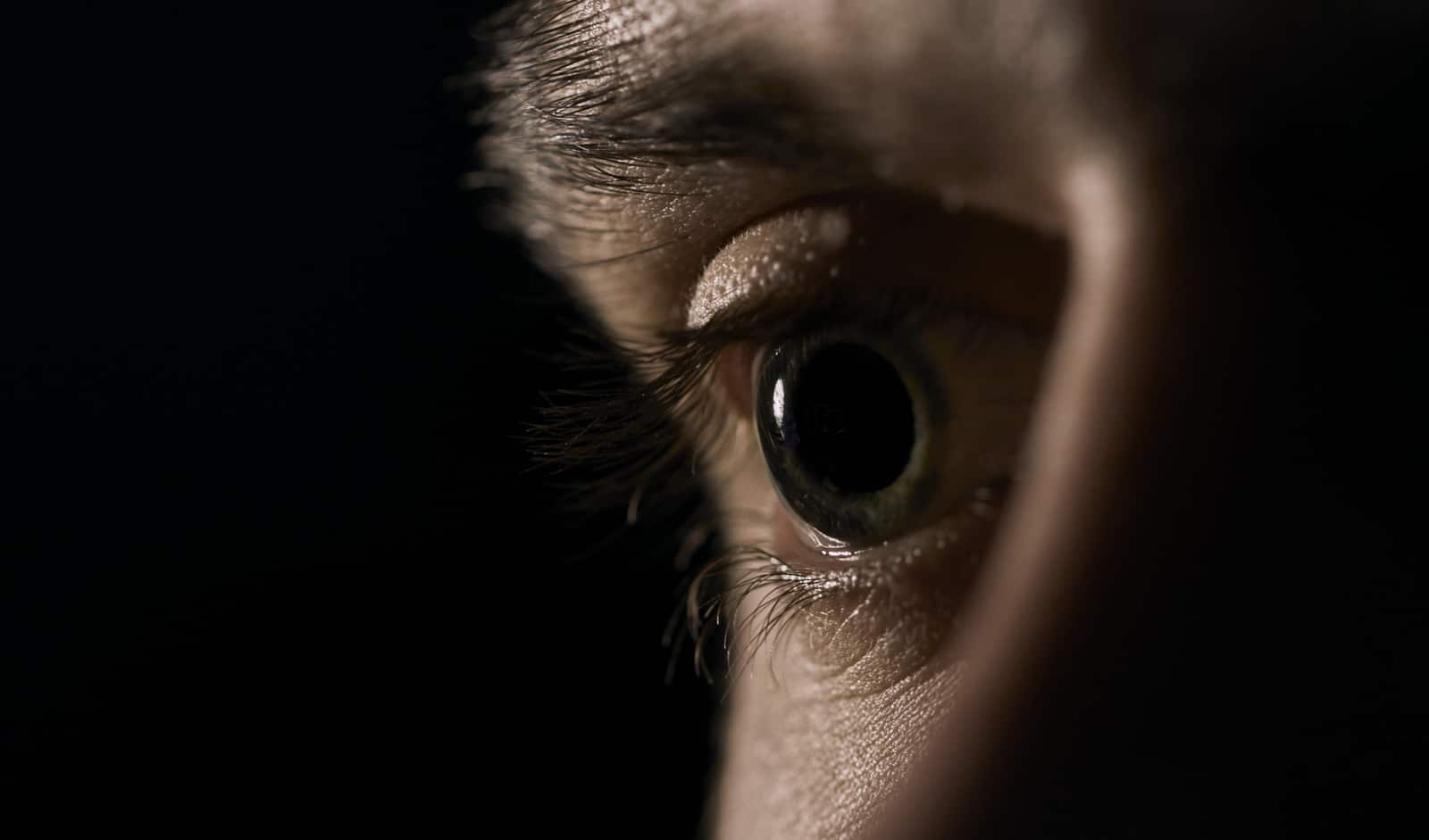 Pupil dilation can happen for many reasons, but pupils dilate or shrink when they’re exposed to direct light. Pupils can dilate through internal and external conditions, such as drugs, or intense emotions such as staring into the eyes of a loved one. The muscles in the pupil contract to protect the eyes from too much light and to help people be able to focus on important subjects.

Whether it’s illegal or prescribed, drugs can have effects on the eyes by causing them to dilate pupils. Pupils dilate or become large when exposed to light or other stimuli. Substances can play a role in pupils dilating but it’s not always the case.

Dilated pupils are usually a sign of substance abuse, however, other factors should be considered when deciding why a person’s pupils are dilated. Since most addicts combine different substances for them to cause greater effects, the side effects of using certain substances correlate with one another. People under the influence are more likely to be involved in a roadside accident. Staging an intervention is a start for anyone who is in dire need of support.

What Drugs Cause Dilated Pupils?

Certain changes challenge the human body’s automatic systems, by either increasing or decreasing functioning. Thus, a normal outing can cause people to reel from the side effects. The most common drugs that cause dilated pupils are:

Since alcohol contains ethanol, the body reacts to the substance with mild to moderate symptoms. For example, ingesting large amounts of alcohol in one sitting can cause people to have blurry vision, dilated pupils, or varied night blindness. Ethanol can also be present in tears which affect the function of the eyes and helps them maintain wetness.

The thermal temperature of the eyes is a consistent indicator of intoxication. Alcohol is often taken with other substances to boost the high effect that such substances cause people to feel. With Discovery Institute, treatment options are available if you or a loved one is struggling with an alcohol use disorder.

The effects of smoked cannabinoids can usually be experienced within a few minutes and last from 1 to 3 hours. Such cannabinoids are stored in the fat cells and spread throughout the body.

Cocaine is a narcotic that is usually paired with alcohol for the dual effect. When ingested orally, the effects of cocaine can begin within a few minutes and last up to half an hour.

Cocaine suppresses the reuptake of the hormone norepinephrine, a chemical messenger that sends signals throughout the body. Chronic cocaine users can experience other complications such as chronic red eyes, lesions, and ulcers.

Methamphetamines affect the dopamine receptors in the body, which hijacks the reward centerpiece of the brain by increasing production. Thus, methamphetamine users often have a larger-than-life sense of euphoria. The common symptoms of methamphetamine use are dilated pupils, anxiety, and aggression.

Hallucinogens such as LSD, mescaline, and psilocybin can produce symptoms that include restlessness, sleep deprivation, and dilated pupils. The effects of these drugs can range from 6 hours to 12 hours depending on the intake. In popular culture, people often associate dilated pupils with the experience of ingesting one of these substances.

According to the CDC, nearly 500,000 people died from overdoses involving opioids, including prescription and illicit opioids, from 1999-2019. Opiates have a series of variations, either used for medical purposes or for illicit means. Due to the stimulation of the opioid receptors, these substances decrease the velocity of pupil dilation when eyes are in contact with light.

The dilated pupil effect that opioids cause usually begins within 15 minutes of use and typically lasts for about one to three hours.

These variations of these substances could be morphine (natural), heroin (semi-synthetic), meperidine and methadone (synthetic), prescription opioids such as hydrocodone, oxycodone, pentazocine, or fentanyl.

MDMA (methylenedioxymethamphetamine) is a drug that causes side effects such as pupil dilation, dry mouth, decreased appetite, and increased heart rate. If taken orally, the drug spreads through the bloodstream quickly. The users of this drug often describe feelings of great confidence, insightfulness, heightened senses, and communication.

In addition, there are several prescribed drugs that cause dilated pupils:

What Are The Effects of Drugs on The Eyes?

Dilated pupils are a product of the actions of the parasympathetic nervous system that aims to keep the body stable. As a result, certain prescription drugs such as SSRI antidepressants and heart medication have been known to cause dilated pupils.

Since the muscles in the eyes contract or expand, psychotropic drugs manipulate the normal function of the pupil, although such manipulation is rarely permanent. Although dilated pupils are a tell-tale sign of substance abuse, it’s important to check to see if there are other bodily signs of substance abuse such as one’s temperature, breathing, and heart rate prior to diagnosing an individual. This is particularly necessary for medical professionals when dealing with drug overdoses. Since psychotropic substances alter the parasympathetic nervous system, expect changes to happen in normal functioning.

The parasympathetic activates when the body is in a relaxed state. The system is also critical for the production of urine, saliva, and mucus. Think of the parasympathetic nervous system as the company manager for these essential products.

What Does It Mean When Pupils Dilate?

Let’s say you’ve been feeling sick for the past couple of days and your body is sensitive. There you are, patiently sitting on the hospital bed. Your doctor asks you to cough, checks your blood pressure, and tops it off with a flashlight in your eyes. The light causes your pupils to shrink before going back to normal. Why is that happening?

The light passes through the cornea to the pupil before the iris controls the amount of light. Once it reaches the lens, the light becomes focused through the retina. Afterward, the information is registered to the back of the eye structure where it’s inverted. The optic nerve and visual cortex are responsible for interpreting and displaying the image for you to view.

A good visual metaphor for this is to imagine that your brain is a camera and your eyes are the lenses/sensors that take in a picture. Your lens can take in the light and transmits that information into the camera so you can see that breathtaking picture of the Rocky Mountains. The lens glass opens and closes to focus on what’s in front but if the glass is broken/dirty, then your picture is going to look out of touch.

How or Why Do The Following Drugs Cause The Pupils to Dilate?

The medical term for pupil dilation is mydriasis. Miosis is best described as the opposite, which is the pupils constrict. Miosis can be present in the use of other drugs.

The average pupil size sits in a range of 2.0 to 4.0 millimeters. The pupil has sphincter muscles that allow it to open and close in reaction to light. These muscles are also known as the iris or color of the eyes. Such processes allow our eyes to focus on what’s in front of us for protection.

Light sensitivity is a common side effect of drugs that cause pupil dilation. A way of protecting the eyes is to wear sun-protected lenses.

People who have been struggling with substance abuse for extended periods of time often experience long-term health problems. Unfortunately, vision problems aren’t foreign to the repeated damage done to the body due to substance abuse.

For example, persistent dry eyes or degeneration can be worsened by the use of heavy alcohol or tobacco. Also, liver damage from substance abuse can cause jaundice — with the side effect of “yellow eyes.”

Addiction can be a dark storm of challenges that surround the possibility of true growth. If you or a loved one are grappling with addiction, Discovery Institute is more than happy to offer support. Our mission is to direct you or your loved ones to a program that will fit your needs during these difficult times. Take the first step into the healing process for yourself and those who seek the same peace. Contact us today.

Meet our team of addiction experts.

Find out what makes us different.

We offer unique treatment programs for any set of needs.

At The Discovery Institute, our mission is to help you or your loved one to successfully recover from addiction. Reach out to us today to find out which program is the right choice for you, or to begin the process of planning for treatment.

To speak with a representative right away, call us on our admissions hotline. Compassionate treatment specialists are available 24 hours a day to take your call.

Speak to an Expert